S.H. Figuarts is a popular line of high quality collectable figures made by Bandai. The toyline debuted in 2008 and is targeted towards the adult fans of the series with its higher price and show-accurate detailing of the figurines.

The line also has spinoffs such as S.H. MonsterArts which features Kaiju such as Godzilla, Ultra-Act for Tsuburaya characters such as Ultraman, D-Arts based on video game characters such as Mega Man, Digimon and Pokémon, and Figuarts ZERO featuring non-poseable figures.

Birth of the 10th! Kamen Riders All Together!![edit | edit source] 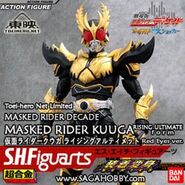 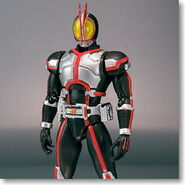 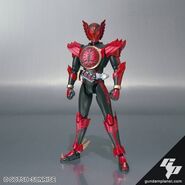 Add a photo to this gallery

S.H Figuarts can be bought through these places.

Retrieved from "https://bandai.fandom.com/wiki/S.H._Figuarts?oldid=5437"
Community content is available under CC-BY-SA unless otherwise noted.